Have you ever considered the the gift that the descendants of your ancestors are to you?
I have cousins, aunts, and uncles everywhere. They're scattered all over the world. I don't know any of them. I've communicated to some by phone and email. I've received pictures in the mail of some of my ancestors and their children from a few of them. If I spoke to any of them in person it was when I was a child and I can't even picture their faces.

When I traveled to California with my sister Kathy in the '70's we stayed with my Grandpa Ken and his wife Nancy. We visited Northern California and walked amongst the Giant Redwoods, and stopped to take pictures of Oregon's rocky coast. 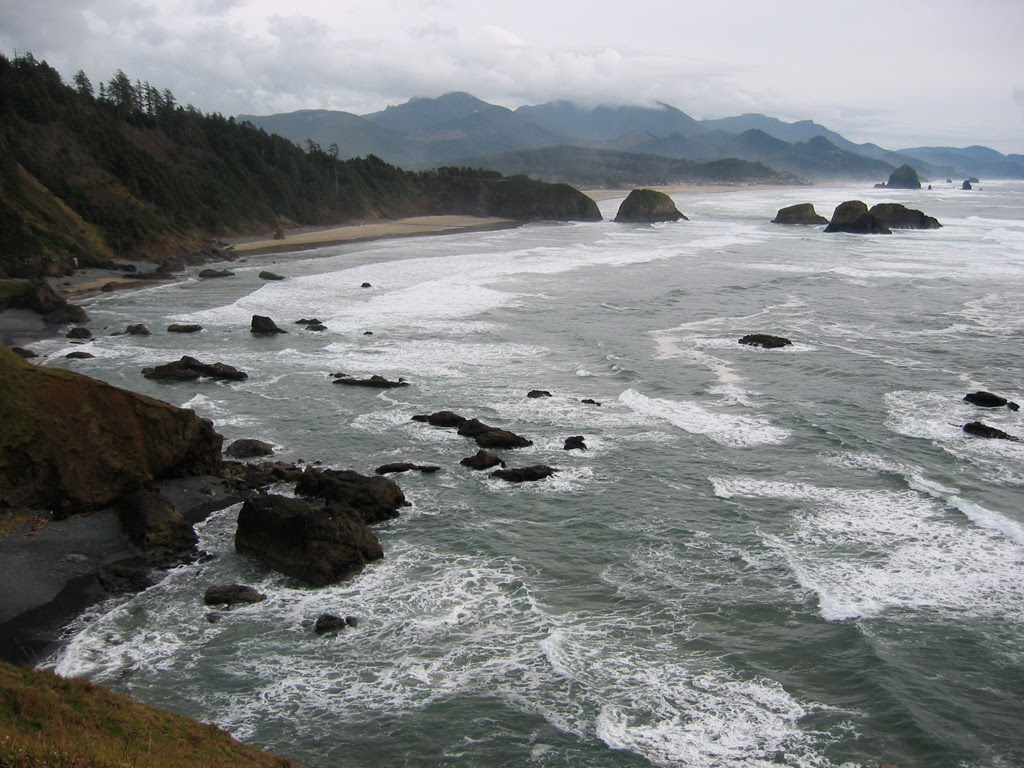 Then we went to Seattle and stayed with distant cousins. I don't have a clue about what their names were. I recall looking at a group photo of a bunch of Swedes and being told some names. The only one that has stuck with me for 32 years is Ole. And who he is or was is a mystery still. But I remember the Space Needle and the Farmer's Market!

I have good memories of that trip. But I was sitting at my computer yesterday, gathering more documents for Elsa Christopherson and her children and I felt an overwhelming sadness.
I'd missed, through others' ignorance as well as my own, the treasures that now I wish I had. I wish someone had introduced me to the descendants of all of my ancestors who were living in California, Oregon, and Washington. I wish I'd sat and looked into their eyes and got a feeling for who they were.
It would not have mattered then.
But it matters now.
People are more important than places and things to me. I sit and I wonder how many relatives I have and know nothing about.
A little over a year ago I made a phone call to a distant cousin in New York because I was stumped in some research. We'd never met nor talked before. What a great conversation we had! She told me all about her life and the struggles she was having. My heart ached for her. I wanted to help so badly, but all I could do was listen and promise to keep in touch.
So much of my time is spent with friends. And I love them. My eyes have been opened to the blessing that we can be to our other friends, the built-in ones that we have in our living relatives. They are so easy to find and to make a part of our lives. Who knows what blessings await?
They have become my hidden treasures. My children aren't very interested in them. They don't know them. But before anything else, I will make sure that they have those names and connections made available to them. So someday, when their hearts are turned they will know what I valued and took time to leave for them.
I've said it before and I'll say it again: here's a simple worksheet to print out, start filling in, and hang on your wall. It's not pretty but it's a start.
4 Generation / Family Group Worksheet
Introduce them to the rest of your family today. Give them as a gift.
Make them your treasures.
Posted by Unknown at 7:26 AM