The Devil's In the Details 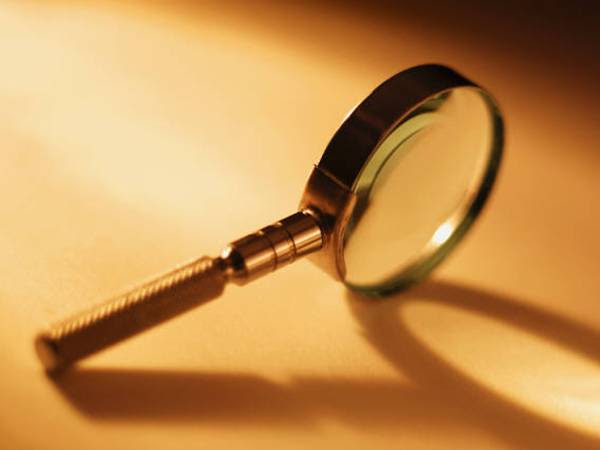 I've spent 4 days trying to figure out where the story was for Tillie Skarr. I kept going back to the documents that I had and came up with NOTHING except that she died on my 15th birthday in 1976. I had a laundry list of places she'd been and lived. But I've yet to really find out who she was.


And since there were gaping holes in her history, I thought there's no way I'm qualified to write a story about her.


So, late last night (around 7:30, when I was about to turn back into a pumpkin) I decided that this was not a story about Tillie at all. I stood at my sink washing dishes, and replayed the last few hours and knew that I was given an opportunity to share a common frustration amongst researchers that you may not have known existed.

I'd gathered all of the documents I could and I'd studied them thoroughly. But when I couldn't find Tillie in a 1920 census I scratched my head and started my back door searches. If I could find her 6-yr-old daughter , even if it was in school records, then I'd get a better idea of where they were living at least. I looked at the same list of available records on Ancestry.com for hours. I kept expecting SOMETHING to change. But nothing did.


"It's a word if I say it is," I called back. I was getting tired. Bedtime was nearing. I'd taken a break to get dinner going. (But 20 minutes later I remembered that I'd forgotten to turn the oven on!) It was okay if I couldn't find Tillie in 1920. But she was Hans Peder Skarr's third child. I HAD to write a story about her. She was next in line!


So, by 5:30 two of my children had fallen asleep and four others left for the Mall with their dad, leaving me to finish dinner and wait for Divine Intervention to bless me with its presence.


I sat down one last time to make sure I'd reviewed the records correctly. And I decided to look at the records I KNEW weren't a match to Tillie, her husband Howard Campbell, and her daughter in 1920. I had nothing to lose.

That's when I found her.

She was living with her mother-in-law, husband and daughter at 404 Terry Ave in Seattle, Wa. I was so tired that I started to imagine what had happened to make her so hard to find. I even made myself laugh. I laughed about possible laziness and frustration of census-takers who are sent out on an errand to collect facts and either find no one home or have to wonder about  the sanity of the person who's filling in the blanks of the form.


I imagined he came knocking and no one was home, but it was April and the neighbors were outside. So he asked THEM the questions, hoping their answers would suffice and he wouldn't have to come back.


Census-taker: "You said her name is Tillie? Do you know where she was born?"


Or scenario #2: Mom-in-law is losing her marbles and makes things up so as not to look crazy not being able to remember that her own son was born in 1887, not 1891! And she doesn't know Tillie that well, or doesn't like her much, so she dismissively says "USA" with a wave of her hand when asked where she was born, adding that she was also born in 1891, not 1887.


Scenario #3 is even funnier: "Hello, Darling!Are your parents home?"


Six-year-old Jean stares blankly and rattles off answers, feeling mighty proud of herself as she sees him writing fast and furiously after each question. But she does amazingly well for a little girl who's yelling back and forth to her grandmother who's in the kitchen, down the hall. Her grandmother has no idea the census-taker has come looking for information! Could have happened?


Either way, that census record had to be transferred to a digital file at some point in time or I wouldn't have found it. And that's where my lesson (one that I thought I'd already learned), and hopefully yours is found.

You see, the preview to these documents are provided by volunteers.
Men and women with pure hearts and possibly very poor eyesight, sit and do their best to decode the census-taker's handwriting on an original, faded, incomplete and ofttimes messy document. (I've worn the glasses prescribed to me 19 yrs. ago a total of 10 minutes since I got them. So, I can relate to knowing you could do better with better tools!) But here's where the second snafu occurred and tripped me up in my search for Tillie.

I was looking for Tillie's daughter, Jean, who'd be 6-yrs-old in 1920. But on this census record preview she was "William". So I didn't bother to look at the original document until there was nowhere else to go. That's when I saw the handwriting and wondered how anyone could make heads or tails of what was written unless they knew what they were looking for.

Well, I did know.

And there it was. Plain as day.

"Jean Campbell, granddaughter" (relationship to the head of household). The transcriber couldn't read the handwriting and had put in what he/she saw, even though I could clearly see "granddaughter, not son" right next to the scribbled name, "Jean".


Tillie Skar Campbell's story is awaiting new information. I've sent relatives an email that might fill in more gaps and add a few more details to make it interesting.

I think she's as exhausted as I am!

I pictured her jumping up and down, waving her arms shouting, "Here I am! Don't leave!!" and then plopping down in a heap of discouragement each time I left. Reminds me of the movie "Honey, I Shrunk the Kids!". Have you seen it? These people, our ancestors, are right in front of our eyes most of the time, but we get focused on what we think we know about them and can't see them. That, or we have all the right information and a transcriber has changed it by mistake.


In the meantime here's what I want you to take away from my experience with my search for her:

So, I bid you adieu, and Happy Hunting!

And please remember that the devil IS in the details. And he's having fun messing them up!
Posted by Unknown at 5:23 AM