Do you ever marvel at how small the world is? 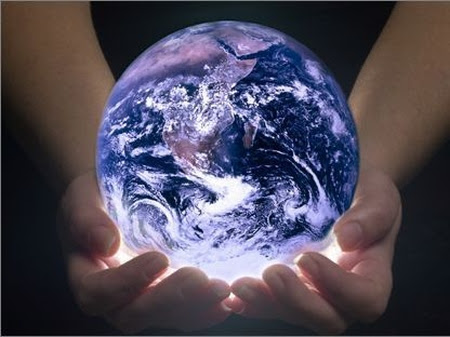 Yesterday I was wondering about Ralph Skarr, Hans Peder Rasmussen Skarr's second child. For a few days I'd been collecting records, perusing data and searching for THE story I would want to write about his life.


Problem is I don't have much to work with. Just bits and pieces and a lot of questions.


Want to know what lit me up about Ralph? I'll tell you in a minute. You'll probably think it's crazy. But it's the little synchronicities of life that make the hairs on my neck stand up and excite me.

Most people wouldn't get a rush out of what I find the way that I do....
So, I'm following Ralph from Hawaii in 1884, the year he was born and over to the States just a year later. The family ended up in Port Orchard, Washington, a coastal town. Something I've learned from experience is that if you're born near the water you're drawn to it forever. There's a freedom in the endless horizon of the ocean.

By 1917, according to his World War I Draft Registration card, he was living in San Pedro, California, at the Alexandria Hotel. A hotel? Who lives in a hotel? All I cloud think of was poverty. But as I studied the hotel's history I realized that I had new questions about Ralph. Questions aside, it seems he just used the hotel as his home base.


Was he lured away from home by the intrigue that Hollywood had in that day? He was 32-yrs.-old by then and I can't find him between 1900 and 1917, so I don't know how long he'd been there. But that hotel has some fun history with guests ranging from Charlie Chaplin and Valentino to President Theodore Roosevelt. Interesting.


The registration card gave me more information than I'd thought I'd find. It gave me the correct spelling of his last name (two R's). It is so thrilling to see an ancestor's signature that's almost 100years old! I laughed when the boxes "tall" and "medium build" were checked. I thought to myself, "All depends on the point of view of the person filling out the form." Maybe Ralph had. That's even more amusing. Was he really tall? Or was he a "wanna-be"?


Lastly, almost, he had light brown hair, blue eyes and was a US citizen.


One fun fact from the registration card was that he was employed by the US government at Ft. MacArthur as a carpenter. I thought my brother would get a kick out of that because he's a skilled carpenter amongst other things. Again, I'm left wondering how much of our skills and passions are passed down through the generations, sometimes skipping a few, landing serendipitously on the soul of a like-minded descendant? Read more about Fort MacArthur here. It was fun imagining which buildings Ralph might have built.


Ralph died in 1936 of pancreatic cancer. He never married nor had children as far as I can tell. I hope he stayed with Tillie or Agnes, his sisters. It's not good to die alone. He was only 52.


I looked at the one last fact on that card and the fun began. I know! Finally.

Want to know who lives a block away
on 15th Ave.?

Bridget Earles and her children. Her eldest daughter is Margaret, 23-yrs.-old as well.


Isn't that the best?!! Maybe you need more information to see what I see.


Ralph's cousin's son, Carl Kenneth Carlson, would marry Bridget's husband John's cousin's child, Evelyn Michaelle Earles in 1935, 18 years in the future. So Tillie and Margaret may have crossed each other's paths as they shopped, went to church or took a walk. You never know.


I love picturing my Grandpa Ken explaining his relationship to his first wife, Evelyn to his son (my dad), or his friends.