Who Is the Keeper of the Flame? 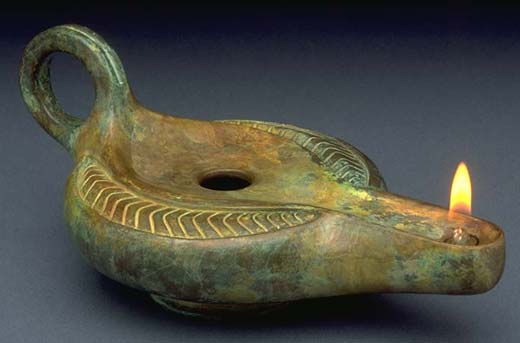 " From a tiny spark may burst a flame"
~Dante Alighieri~
Fire is a great teacher. It has the capacity to comfort and to destroy. When not tended we feel the lack. When uncontrolled we ourselves and all that we love may be consumed by it.
The Great Peshtigo fire of Peshtigo, Wisconsin in 1871, a story I stumbled upon while I was researching Miles Earles, has called to me for days even though he and his family lived an hour to the south of Peshtigo, and probably just on the outskirts of its destruction. One survivor described it days after the rain finally extinguished it:

"If one could imagine the worst snow storm he ever witnessed, and each flake a coal or spark of fire driven before a terrifying wind, he would have an idea of the atmosphere at the time the fire struck."

It had something to teach me. So I kept looking at maps and reading stories. For over a week it has been smouldering in the background of my consciousness.


The Chicago Fire was blazing the very same night, Sunday October 8th, and would receive most of the attention because Peshtigo was not as well known and news was harder to get from the "wilderness" than from the vibrant city just 4 hours to the south. But it consumed far more lives and acreage than the Chicago Fire.


So Miles and his family were between two horrific fires. Peshtigo was 1 hour to the north, Chicago 3 hours south of them. There are no family stories of that night or the effects, if any that it may have had on the Earles.


The two fires have so much in common. The conditions were perfect for spontaneous ignition and rapid spreading. There had been a long summer drought, and small fires had been smouldering for a while. The structures of both places were primarily wooden and quickly engulfed. Even though there was a bit more organization for fire-fighting in Chicago than Peshtigo, the people were overcome suddenly with tornado-like winds that engulfed every building and person in its path, and asphyxiating smoke that would choke to death those who couldn't outrun the storm of fire on their way to the river. Both fires took the lives of about 300 people in Chicago, and an estimated 2,400 in Peshtigo and surrounding areas. Estimates of the victims vary.


There were itinerant traveling preachers who were fertilizing the minds of the people of that area with thoughts of the end of the world; "hellfire and damnation". Some people who could have been saved instead gave in to these beliefs and willingly perished instead of running for their lives.


The bogs had been harboring flames five feet below their surface for weeks. Everyone was getting accustomed to the smoke in the air which made breathing and visibility difficult. They were getting used to suffering. Like a frog placed in a pot of cold water being slowly heated to boiling they were being pacified slowly to accept that it couldn't get any worse.


But back to Miles, age 14 in 1871. What had he done that Sunday? Did he go to church? Have Sunday dinner? Get together with friends? AT 9pm I'm assuming he was in bed. Did he sleep right through it? I know that part of Manitowoc County was affected. But was his? How close did it get?


Imagine hearing about and being a neighbor to these two great fires. What does that do to a teenager, or anyone for that matter? He may have visited both places, or even known people who perished. He may have watched the sky glowing and tasted the smoke that drifted and blew around him.


It's the aftermath that keeps calling to me. Neither of these fires were intentionally set. But their destruction was sudden and complete. One day the towns and city were there, then they were gone. Chicago was rebuilt. Peshtigo, too.


As an aside, is that where his three older brothers may have been at the time? I can't find Matthew, Patrick or Stephen during these years or anytime after. They were old enough to serve in the Civil War. But there are no records of either enlistment or service, never mind death, injury, or burial. There is a Mass Grave in the Peshtigo Fire Cemetery where 350 unnamed victims are buried. I'm sure that there are others as well in surrounding towns. Is that where they ended up?


What matters to me in Miles' story is what it has to teach me about life and its precariousness, and how there are certain kinds of preparedness that we need to pay attention to before disaster strikes, which it will.


Miles may have had to listen to his parent's worry and grief over his older brothers, Matthew, Patrick and Stephen who may have perished that night. He and everyone else had to deal with the shock of massive and unforeseen destruction and loss. You can only prepare for that eventuality in one way.


And when you're in shock you will have to draw upon your well which had better run deep. Because your emotional and spiritual survival will depend on it as time ticks on and conditions worsen and try your soul. What CAN you do?

Make sure you have "oil in your lamp".
There are perfect storms waiting to be ignited in our lives that we have no clue are looming on the horizon, and there are at least two ways we can choose to respond to their destruction. One is to move on in faith, and to rebuild. The other is to let it consume us and thwart our contribution to the world.


The Earles family consistently chose the former. I can tell because they kept functioning and producing.


The question I am confronted with is how and why does one do that? And what does that have to do with Miles?


He, like the rest of us, is an individual with a mind and a life of his own. But he was also a member of a family and multiple communities. He stayed close to his brother Michael, working as a superintendent of one of Michael's logging camps in Washington State.  They took care of each other and each other's families.


The Earles' parents, Thomas and Hannah, had wisdom born of experience that would give them the ability to see patterns of the ups and downs of life that they had to have passed on to their children. I can feel their sadness and their pain as once again they had to dig deep to find the strength to reassure their children that there was hope in the future, and that it was their responsibility, as long as they had a breath in them, to walk into that new world.


Perhaps they taught their children about fortitude and strength. More than likely they drew upon their own spiritual knowledge and passed that on. They had to have found an anchor in something higher than themselves to navigate successfully such hard times as the Irish Potato Famine, the loss of five of their children, and now these destructive fires.


They had to have had something to offer them. Some sort of faith to keep walking forward.


My question today, one that I thought I'd answered, but am now revisiting is:

How prepared am I?
How well am I fulfilling my stewardship to
my family and friends as a light in the
storms of life that will come?

How do I respond to sudden loss of family, friends, money, possessions or reputation? Am I an example of humility and quiet strength, or do I seem more like a balloon circling around and around in the throes of death when pricked by a pin?


How do I describe the "event"? Pain and suffering need to be acknowledged and enjoyed. But there is also a place for opportunity and rebirth. Both take their own time and make their own way. Patience and faith are required but ofttimes unwelcome friends. Quiet living are the best examples and strengths to offer.


I have a strong impression that Thomas and Hannah Earles were all of the above and more. They were the keepers and igniters of the flame.
Posted by Unknown at 8:47 AM