Lucky In Love? Ask His Wives 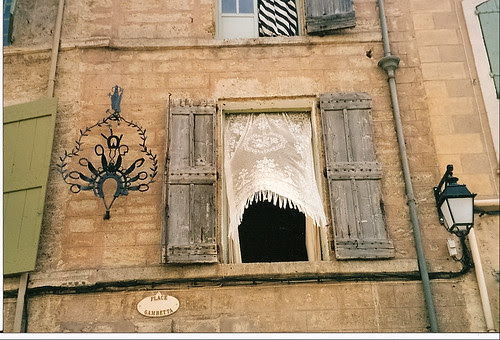 "You can't always control who walks into your life, but you can control which window you throw them out of."
~ anonymous and / or your spouse? ~
What a day I had yesterday!
I went from sluggish and semi-depressed to Energizer Bunny all in a matter of minutes. Why? Because I found William Henry Harrison Johnson (1st son of Uphard and Elizabeth: here and here ). I'd all but given up.
Do you want to know how many William H. Johnsons there are? I can't tell you because I don't care about any of them but mine. But for a while I had mine unmarried, serving in the Civil war, and dying in Pennsylvania.
Want to know how I found him? Through his mother's maiden name on familysearch.org. I often use that site to cross-reference my other searches or to look for missing documents that I can't find on Ancestry.com. But I never thought to look for Elizabeth Wheeler because she was married and a Johnson when she had William.
What I remembered?
Researchers and family history enthusiasts treat people as individuals, and if they know the maiden name they always put that in the record instead of the new married name.
But on to William's story.
We already established that his mom was 16 when she had him, and that he was named after our 9th president who died a month after William was born. His 4-yr.-old brother died when he was 10, but he got a new Edward the following year, so I guess it all worked out.
I can't imagine what would be going through his head when at sixteen his parents seemingly go off the deep end and start naming their children George Washington and Benjamin Franklin. Wasn't he the firstborn? The one who was supposed to get the special name?
He got married to Ellen when he was 21, and that marriage lasted for 29 years and blessed them with six children.
And then she disappeared.
No big deal. Sometimes it takes me forever to find a death record. And when I don't find one they go in the "Roaming the Earth" pile and cause me to pay attention to every stranger that opens a door for me or gives me a random smile.
Then I started reviewing the available documents (for free I might add) on familysearch.org and I saw a pattern. Could be an innocent one or a disturbing one depending on who you are and if you are a single woman living near William and running in his circles.
See, William remarried three times after Ellen disappeared. And none of the other wives / marriages (who knows?) lasted long. The first made it for five years, the second for three, and the last for two and she was only 34 when she got married! William was 57 and that was the youngest he ever went. The others were his age or one year younger.
Me? What did I think about that? I was in a mood and I'll give you my two scenarios.
First, he was a pusher. And his wives just happened to be near an open window when he was feeling the urge. You see I understand that one. I'm trying to watch myself, but I do tend to push and punch arms when feeling a need to add an exclamation point to get my point across.
Second, he was a carrier of a deadly communicable disease that he contracted a year or two before Ellen died. Maybe Typhoid, or Small Pox? The years match.
Today my mood has shifted. I'm a bit more humble. I really like William. I don't know why his wives died. But I can see that he was a catch and he liked being married. He just kept doing it!
The surprise for me, the thing that woke me up, was that his mother helped me to find his story and his wives. Each of those women was blessed to have had him in their life even if it was only for a short time. I could tell.
It was as if the records were whispering to me.
They were teaching me that , yes, everyone is an individual. Our lives will be made up of individual choices that intersect others' lives. The names we are born with are significant. They are a starting place.
But they are also enriched and changed by the relationships we choose to have. They add dimension to who we are. Don't they?
The last record I have of William is the 1900 census where he is finally listed as "Widowed" and "Father-in-Law" to the head of household with his youngest daughter and her family. I literally took a breath and sighed when I saw that. He was only 59 and he was done. Seven years later he passed away, finally to see his wives again. What a reunion!
I found it interesting that the women in William's life made him who he became to me. He was lost, and then he was found.
(I just really hope he didn't throw them out a window.)
Posted by Unknown at 8:20 AM